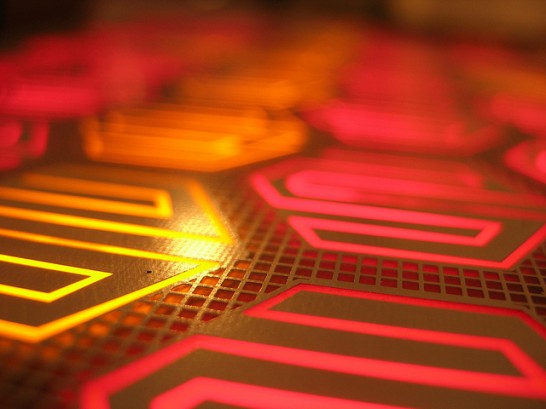 Snyderphonics’ Jeff Snyder has announced that the Manta 2 music controller is now available for order.

The Manta is a touch-sensitive controller for audio and video with a hexagonal layout and programmable LED feedback.

Changes from the first edition Manta include the following:

The 2nd edition Manta has been made in a limited edition of 100.

Note: People like to hassle me for calling electronic music gear “sexy”, but  it’s great to see new controllers that are elegantly made, tactile and visually exciting. And why shouldn’t electronic instruments be as sexy as traditional ones?

Yes – that’s polyphonic modular synth control that is, how do we say, the sexy.