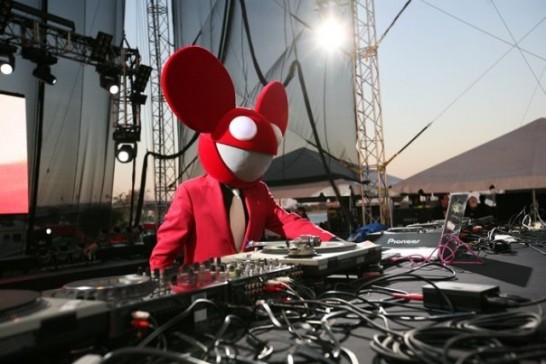 There are some artists that won’t open up and actually say anything in interviews.

And then there’s Joel Zimmerman, aka Deadmau5.

In an interview with the Irish Daily Star,  Deadmau5 had this to say about today’s DJs:

It puts me to fucking sleep, to be quite honest; I don’t really see the technical merit in playing two songs at the same speed together and it bores me to fucking tears.

And, hopefully, with all due respect to the DJ type that will fucking go the way of the dinosaur, I’d like them to dis-a-fucking-pear!

It’s so middle man. They’re like fucking lawyers!. You need them, but they’re fucking cunts!

God bless them, they’re my number one customer, right, so I’m not gonna go dis every fucking DJ.

But to say you become this massive, “up on a podium” performer by playing other peoples productions, at the same speed as someone else’s productions and fading between the two of them, I don’t get it…

Is that any way to talk about your number one customer?

Zimmerman may not be silver-tongued,  but you know where he’s coming from.