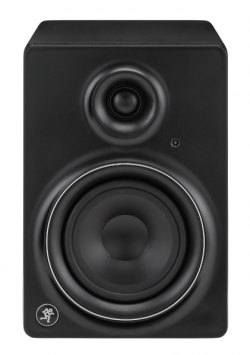 At the 2011 NAMM Show, Mackie introduced a redesign of its line of powered studio monitors – the MRmk2 Mackie Reference Monitors.

The Class A/B amplifier section features XLR, TRS and RCA connectivity, along with user-adjustable acoustic controls for basic room correction. The cabinet is rear-ported, reducing distortion, and features a Waveguide and molded baffle, offering balance to the HF / LF content while increasing both the stereo imaging and depth of field.