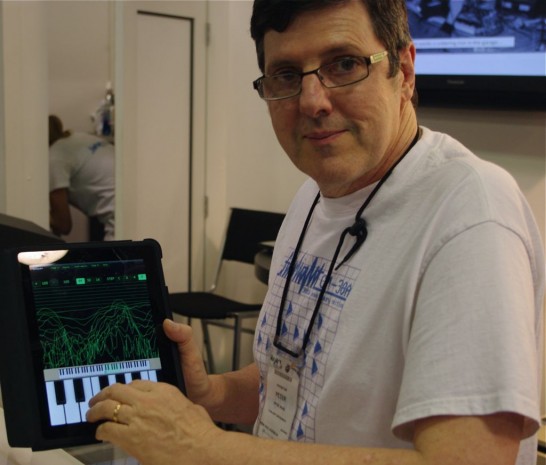 In a new interview at Palm Sounds, Fairlight CEO Peter Vogel has this to say about the upcoming Fairlight CMI app for iOS:

A lot of the classic hardware manufacturers already have brought out mobile apps. The Fairlight app is quite different from anything else I’ve seen, as it’s designed to emulate the original user experience, taking the user back to a time before the mouse was available, let alone touch screens.

Part adventure game, part musical instrument, and part history lesson. This is what I found interesting about the app when I talked with Vogel at NAMM.

They could have made a cheap sample playback app with Fairlight sounds. Instead, they are recreating the experience of using the Fairlight CMI as an iPad app.

They are making an app for synth freaks, fascinated by the computer music instruments of the 80s. And they are taking the risk that there are enough synth freaks around to make an app like this viable.

Not a safe bet – but not a boring one, either.

What do you think about Fairlight’s decision to make a more complex application, with a more limited audience, vs making a cheaper sample playback app?

6 thoughts on “Peter Vogel Interview On The Fairlight CMI App”

People in the arts often want to aim for the biggest, most obvious target, and hit it smack in the bull’s eye.

Of course with everybody else aiming there as well that makes it very hard and expensive to hit.

I prefer to shoot the arrow, then paint the target around it. You make the niches in which you finally reside.