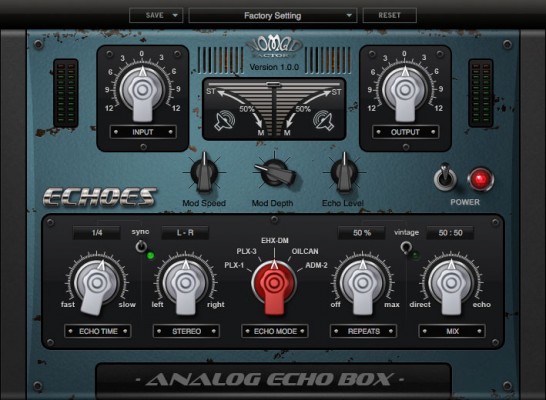 Nomad Factory has introduced Echoes, a virtual analog delay effect plug-in for Mac and PC that emulates classic delays, including: