Remember when Propellerhead Record was introduced? A lot of people said that what they really wanted was a version of Reason that could record…..

It looks like the developers have been listening, because they’ve just announced Propellerhead Reason 6 – and it’s exactly what many were asking for. Reason 6 adds all the features from Record.

Here’s what they have to say about Reason 6:

Version 6 adds audio recording and editing into Reason, along with Propellerhead’s acclaimed mixing console with masterfully modeled EQ and dynamics on every channel, multiple parallel racks, all the effects you know and love plus new ones to fall in love with, and much more of what you’ve always wanted in Reason.

Propellerhead says Reason 6 will be available Sept 30th. But you don’t have to wait until then to find out what is new – we’ve got the details below.

Check out the info and then let us know what you think about Propellerhead Reason 6! 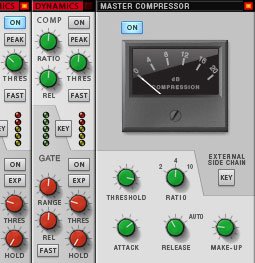 Mix in studio-grade quality – The mixing desk adds a big studio signal chain to all your sound sources. Every audio and instruments track has its own channel strip with built-in EQ, dynamics and advanced routing. A “radio ready” master bus compressor is also available.

Pulveriser – Pulveriser brings together crunchy compression, dirty distortion, a multimode filter and flexible modulation in a single sound-crunching effect that you can use to crush, mangle, and destroy your sounds, apply careful parallel compression to bring out the details of a sample or recording or use the envelope follower when recording live instruments for responsive, expressive filter effects.

The Echo – The Echo is an advanced stereo echo bringing together the brilliance of modern delays with the organic sounds of analog circuitry and old-school tape machines. The Echo is equal parts pristine stereo delay, sound sculpturing toolbox, and playable performance effect.

Alligator Triple Filtered Gate – Alligator is a three channel pattern-based gate effect that is designed to turn bland pads into rhythmic textures, radically twist your loops, and ‘tweak boring beats into blockrocking breaks’. With its three parallel filters, distortion, phaser and delay, Alligator can add rhythm and accents to a flat synth sound, change the feel of a percussion loop, or be a powerful remixing tool. Add it as an insert effect on a single track to change the rhythmic feel of the sound or apply it to the whole mix for a breakdown section to completely reshape your song. 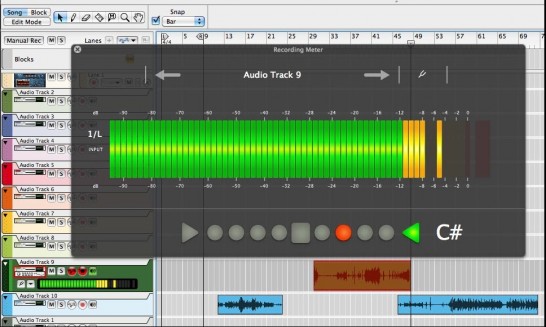 Audio Recording – Audio recording has been one of the top feature requests for Reason.

Now you can capture your ideas with a minimum of mouse clicks and menu actions – directly in Reason. Version 6 introduces unlimited hard disk tracks and rock solid audio recording in Reason.

The large Recording Meter overlay lets you tune your guitar and set the levels from across the room. 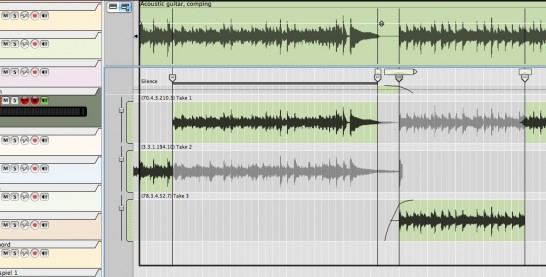 Building the ultimate vocal track is as simple as selecting the parts that work and muting the ones that don’t. Exit the comp editor and listen to the results; a perfect take containing only the good parts.

See the Propellerhead site for the latest information on Reason 6.