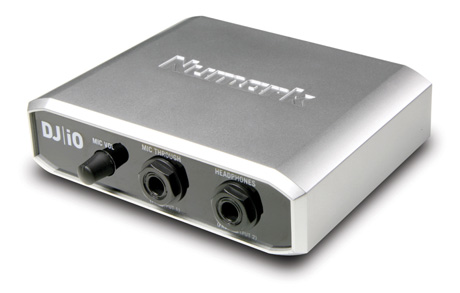 Originally introduced in 2007, DJ|iO is a PC and Mac compatible USB audio interface which features 24-bit audio with a sample rate of 44.1kHz.

Featuring low latency audio via ASIO drivers, DJ|iO has two independent pairs of RCA stereo outputs that can be configured in software to route independent players or a mix of master and cueing output. A mic input with adjustable gain is provided to mix into stereo pair #1 and a ¼” stereo headphone output to listen to stereo pair #2 in order to preview the mix.

The DJ|iO is USB bus powered.

Details are available at the Numark site.