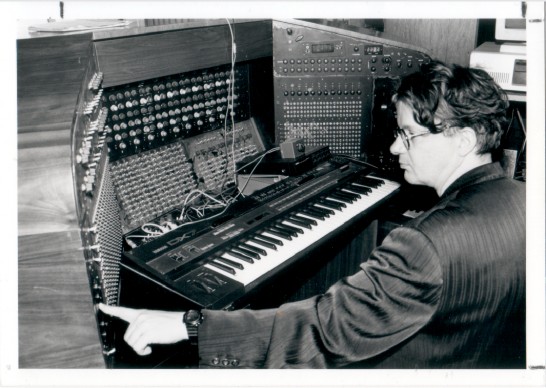 The photo captures Mothersbaugh at the Electronium, in Raymond Scott’s guesthouse in Van Nuys, CA, in 1993.

There are multiple layers of music history captured in the photo.

Scott’s work was an inspiration to Bob Moog, who created the Minimoog that was used estensively on Devo’s early albums. The Yamaha DX-7 in the center of the photo made all this gear ‘obsolete’ (by 80’s standards) when it was released.

The Electronium is now owned by Mothersbaugh, but is not in working order.

7 thoughts on “Mark Mothersbaugh And The Electronium”