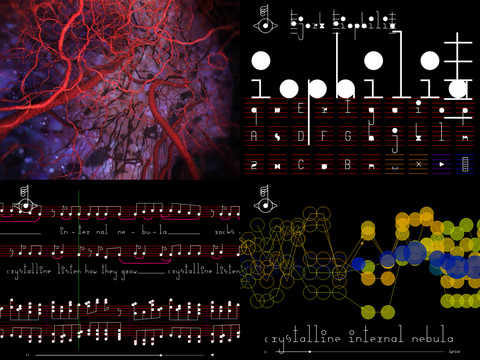 Björk’s Biophilia album for iOS has been updated, to add support for iOS 5 and MIDI out.

Björk’s never been one to conform to expectations, but adding MIDI out to an album of music, even in app form, is unexpected.

Biophilia is a suite of original music and ‘educational artworks and musical artifacts’. All of the album’s songs are available inside Biophilia as interactive experiences: Crystalline, Virus, Moon, Thunderbolt, Sacrifice, Mutual Core, Hollow, Solstice, and Dark Matter.

Here’s a user demo of using Biophilia’s MIDI out, using MIDI over WiFi.

Björk has collaborated with artists, designers, scientists, instrument makers, writers and software developers to create a multimedia exploration of the universe and its physical forces, processes and structures – of which music is a part.

Biophilia is a free download from the App Store. The song ‘experiences’ are $1.99 apiece, or $9.99 for the entire album.

6 thoughts on “Is Björk’s Biophilia The First Album With MIDI Out?”