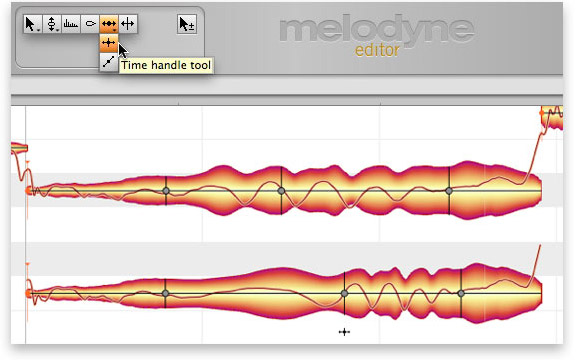 Here’s what they have to say about Melodyne Editor 2:

Not all music is played on white and black keys, true intonation is complex. Other cultures have musical traditions in which Mozart and Beethoven do not loom large, and absolute flexibility is also needed in experimental music. Powerful reasons for opening up totally new musical worlds with Melodyne editor 2.

The new True Scale & Tuning functions offer those who produce Arab, Indian or contemporary and microtonal music the ideal function set for editing their work with Melodyne. True Scale & Tuning also has the power to enhance conventional music production, by making it easy for users to explore the emotional and atmospheric subtleties of different scales and temperaments and integrate them into their own music. Countless different scales and temperaments can be loaded, edited in detail, and even created from scratch. The highlight is the Scale Detective, which is capable of analyzing any sample or piece of music and allows even users with no detailed knowledge to transfer the scale and tuning of one recording to another.

With its note-based way of working Melodyne has always allowed the editing of highly specific aspects of timing, but the function set of Melodyne editor 2 is still more powerful in this respect. The new Attack Speed tool allows you to edit the starting transients, that are so determinative of the sound – for each note separately. An important new design implement, not only for percussive sounds. In addition, with the new Time Handles, even time progressions within individual notes can be reshaped. Among other things, this makes more detailed editing of vocals possible.

Melodyne is intended to be of use to as many producers as possible – regardless which DAW they use. For this reason, Melodyne editor 2 now also supports Rewire. This means it can operate now even with DAWs that lack plug-in interfaces or were previously incompatible with Melodyne.

At the same time as the update to Melodyne editor 2, free updates to Version 2 of Melodyne assistant and essential will be released, as well as an updated trial version that allows you to test Melodyne editor for 30 days without any limitations.