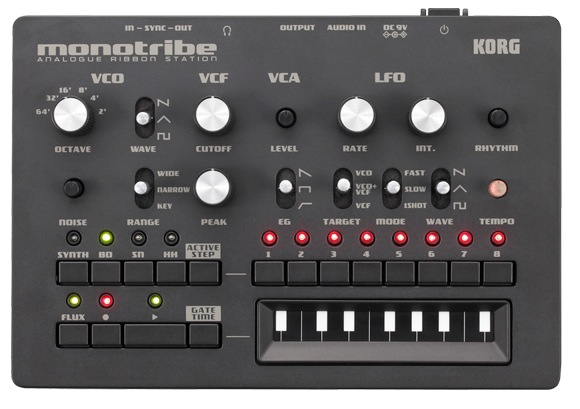 Korg has released System Version 2 for the Monotribe – a major firmware update that adds sample and hold, a new sync capabilities, 16 step synth sequences and more.

Let us know what you think of the Korg Monotribe System 2 update!

Thinking of monotribe as an analog synthesizer, the procedure of for updating the Operating System is also a very old-school, analog-style method, reminiscent of loading data via the playback of analog cassette tape. Download the system data which Korg has encoded as an audio (WAV) file from www.korg.com or from the website of your local Korg distributor. Then, play back the file using a WAV file player like a Smartphone or using PC application software, directly in to the monotribe’s SYNC IN jack. When the audio (WAV) file finished playing, your monotribe has been updated. It’s a traditional procedure revived for a new generation.

WARNING! Do not playback the system update file on any speaker or headphone system as this could lead to damage to equipment and/or hearing loss. Neither Korg nor any of its affiliates will accept responsibility for any damages, personal loss or injury that may result from playback of the file.