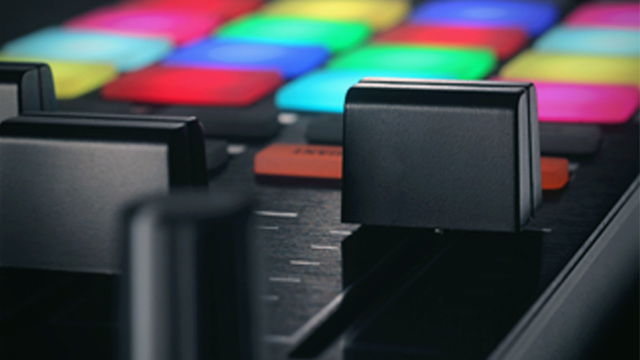 2012 NAMM Show: Native Instruments has leaked out this ‘teaser’ image of a new MIDI controller, which we expect to be officially released next week.

This looks surprisingly similar to speculation from a year ago for the NI Traktor Kontrol FX2 at the DJTechTools forum, right.

The original Traktor Kontrol X1 offers control over Traktor’s looping, syncing and effects. It has more of an emphasis on rotary controllers and cue/play controls.

The new control looks like it may retain the same basic format as the Kontrol X1, but feature pad controllers. This would make it a nice complement to the original Kontrol and be a lot more useful for beatmaking and for performers that have more a clip-based approach.

This is speculation at this point. We’ll have the details, though, as they become available.

To make something is to express a belief in how things belong together. To me, that’s a political statement.