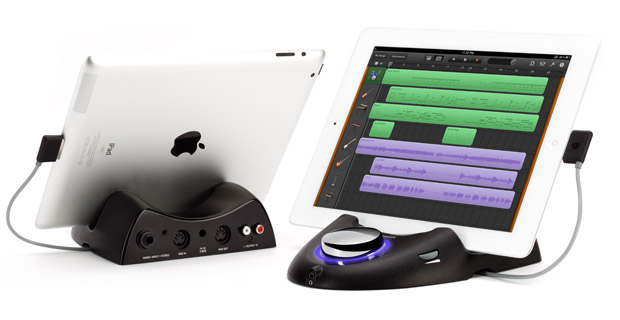 2012 NAMM Show: Griffin Technology has introduced some competition for the Alesis IO Dock, the StudioConnect for the iPad.

StudioConnect adds audio in/out, MIDI in/out, and a stereo headphone jack with its own volume control.

It’s has a MSRP of $150, so it will give the IO Dock some competition on pricing, too.

For iPad and other iOS devices:

StudioConnect is scheduled to be released in February 2012.

14 thoughts on “Griffin Intros StudioConnect For The iPad”