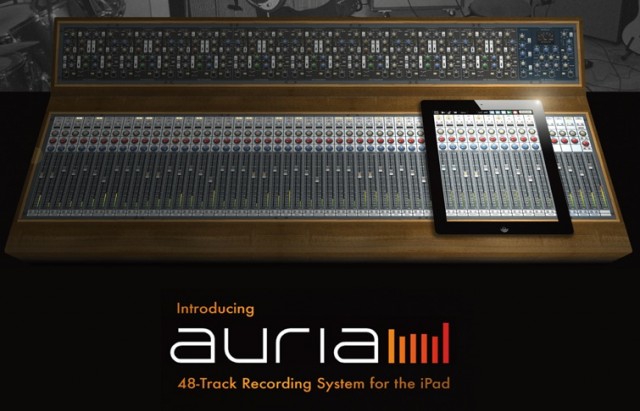 Still thinking the iPad, and tablet computers in general, is just a toy?

A new app, being introduced at the 2012 NAMM Show, may challenge that perception.

Wave Machine Labs has announced Auria – a 48 track digital audio workstation designed exclusively for the iPad. According to the developers, Auria has been ‘built from the ground up to be used in professional studio and live tracking applications. Auria includes the necessary tools for recording, mixing, and editing any project.’

Here’s a sneak preview of Auria in action:

WaveMachine Labs has teamed with PSPaudioware to offer a powerful vintage-inspired channel strip on every channel, plus a mastering processor on the master and subgroup channels.

WaveMachine Labs is leading an effort to develop the VST standard on iOS, allowing manufacturers to easily port their existing plugins to the iPad.

Auria is expected to be available in Q1 2012. Details at the AuriaApp site.

Note: Auria supports VSTs that have been packaged for iOS and delivered via their in-app purchase process. While this could open Auria up to many popular VSTs, it is not the same as having a VST or AU standard for the iPad that any app could leverage.

85 thoughts on “Auria Brings 48-Track Recording & VST Support To iPad – Are You Ready For The iPad To Replace Your Studio?”