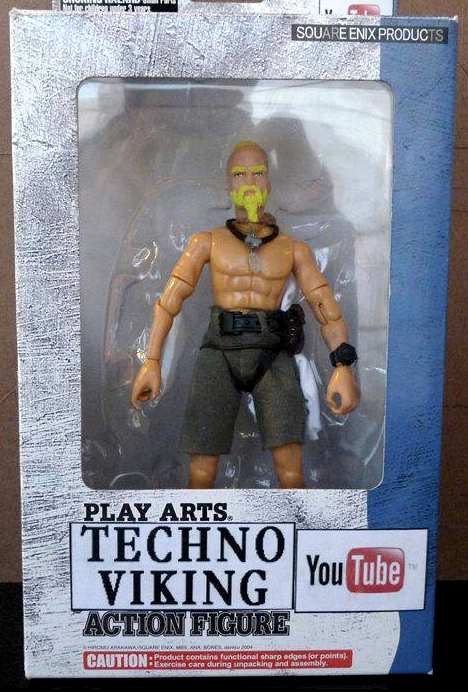 Techno Viking has apparently been immortalized as an action figure.

The Techno Viking Action Figure features over 16 points of articulation, and even comes with authentic mis-matched socks: 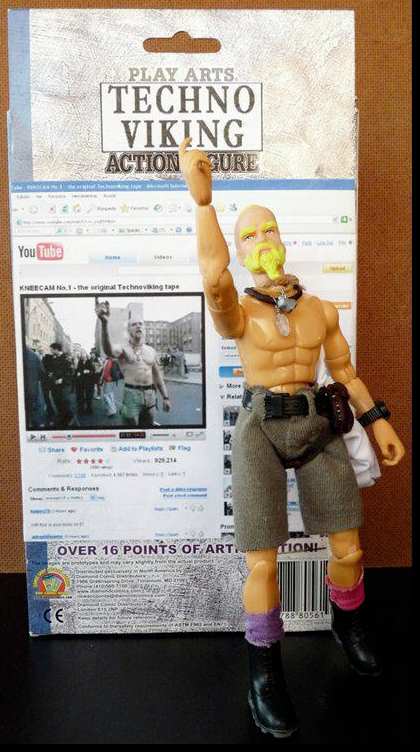 For the kids, the Techno Viking was made famous after he was captured on video (below) at the Berlin Fuckparade 2000, a techno street parade. In the video, a blue-haired girl is seen dancing, when a drunk guy crashes into her. The Techno Viking remedies the situation with a fierce gaze, before having a drink of water and then dancing through the streets.

Update: Unfortunately, it appears that the Techno Viking Action Figure is a one-off creation. This will have to go on the shelf next to the Kraftwerk Action Figures that never got made.