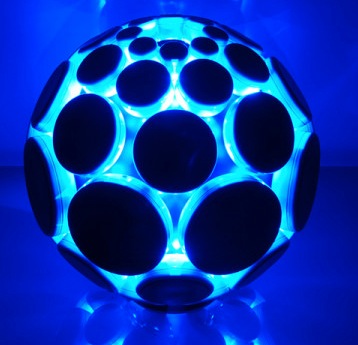 At Musikmesse 2012, the most original new musical instrument may be the Alphasphere, a unique programmable spherical controller.

The AlphaSphere allows you to be expressive with music through a series of 48 tactile pressure sensors. You can load the Alphasphere with your own sounds, or connect to your existing digital audio workstation (DAW) with the intuitive software.

By itself, the AlphaSphere is a controller which communicates to a computer or synthesizer via USB. Though it has the ability to send MIDI messages, it is not strictly a MIDI controller and is more programmable than a standard MIDI controller.

The AlphaSphere offers full polyphonic aftertouch compatibility as standard, each of the pressure sensitive pads affecting the sound individually.

The AlphaSphere’s form is conceived as a departure from the western tradition of music. The combination of tactile pads in a playable form ‘unlocks a new experience of music making, a synergy of form and function’. 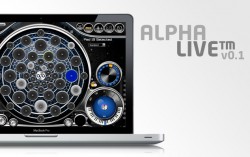 AlphaLive is a standalone application that enables the AlphaSphere to operate as a number of common devices found within electronic music production.

The software allows you to program the functionality of the AlphaSphere to a highly customized level.

The AlphaSphere may be a unique new instrument, but that doesn’t mean it can’t do dubstep, as the official intro video shows:

Pricing and availability for the AlphaSphere are to be announced. See the company’s site for more details.

Check out the intro video and let us know what you think about the AlphaSphere!