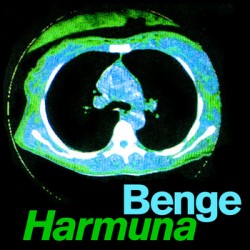 Harmuna is intended as a companion piece to the previous work by Benge entitled Abstraxa. The five compositions featured on Harmuna were similarly realised on the Buchla modular synthesiser.

Here’s what Benge has to say about the new album:

If Abstraxa was an exploration of the distant reaches of the sound universe, Harmuna is a journey in the opposite direction, inverting the mind’s eye and exploring the infinite space within

The Synthesiser was set up in such a way that harmonious tone-waves were layered upon themselves and rhythmic patterns built up to form the various pieces. The resulting tone poems can be experienced in various ways, for example as meditative deep-listening (i.e. with headphones) or in the background to serve as an ambient aural setting

You can preview Harmuna below.