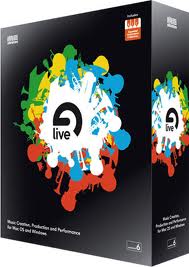 Back in 2009, Ableton surprised many people by announcing that they had ceased development on Live so that they could focus on bug fixes:

Some of you have experienced and reported problems with Live 8 several months ago that we have still failed to fix.

We have now decided to suspend all development towards new features while the whole team joins forces to address the current issues; and make process changes to prevent similar situations from happening in the future.

Bug fixes are important and Ableton has released several updates to Live 8 that address stability.

But, after three years of bug fixes, the biggest question that Live users have is “When is Ableton Live 9 coming?” Over at the official Live forum, users debate “Will Live 9 be released before year 2015?”

We haven’t heard any official word on Ableton Live 9 or when it will be coming. But, if you’re a Live user, you’ve obviously had some time to think about it.

What would you like to see in Ableton Live 9? And what do you think are the most important things for a major update to live to address?