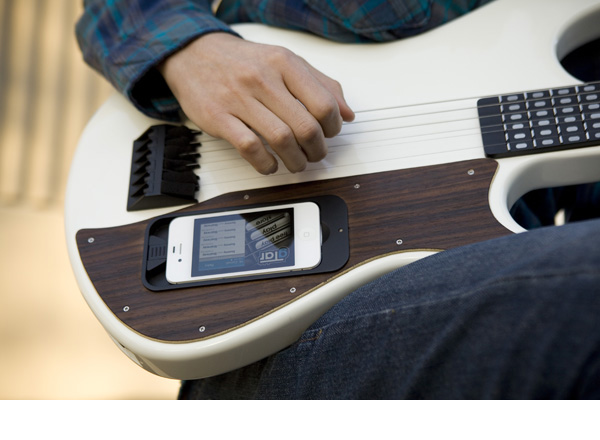 Incident Technologies has introduced the gTar, a hybrid iPhone dock + music controller guitar that’s described as ‘the first guitar that anybody can play’.

The gTar uses digital sensors to sense your finger position and then the iPhone is used for sound generation.

Several aspects of the gTar may make it interesting for electronic musicians:

The gTar is being developed as a KickStarter project. It is fully funded already. gTars are priced starting at $350. See the KickStarter page for details.