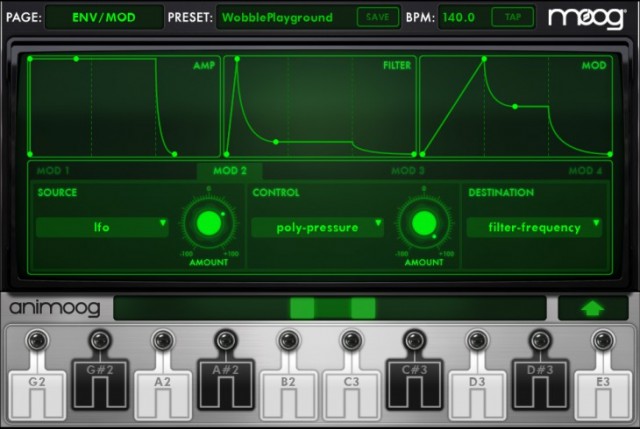 Moog Music’s Animoog software synth has been embraced by the synth community as one of the most powerful music apps available for the iPad. Animoog turns the iPad into a real synth, a Moog synth and a synth that offers capabilities that your won’t find anywhere else, at any price.

The latest update, though, is wowing and frustrating owners in equal measures.

It adds welcome new features, including MIDI CC mapping, improved preset management and extended recording time. But it also suffers from a problematic update process that is causing serious synthesists to lose their custom patches.

Moog needs to fix the upgrade problem. Ratings for the current version of Animoog in the App Store are a full two points below previous versions. So, it’s clear that owners are frustrated by the issues they are encountering.

If it’s not technically possible to eliminate this upgrade problem, Moog should take the opportunity to lead the industry and ensure that this sort of thing doesn’t happen again.

There’s another problem with the latest Animoog update, though.

Moog has added improved MIDI support to Animoog, which is very welcome.

But one half of Animoog’s MIDI support, MIDI-OUT, is a $5 in-app upgrade.

Making MIDI support an optional add on is an annoyance for users, damaging to the MIDI standard and a barrier to the development of MIDI on the iOS platform.

Hardware synth manufacturers don’t charge you a fee to activate the MIDI ports on their keyboards. They know that this would be absurd and that having a standard way to connect gear is beneficial to everyone.

The makers of music software for your desktop or laptop computer have continued the tradition of supporting MIDI. They know that MIDI support makes their software more useful to customers and worth more to buyers.

Developers of professional music apps for the iPad have the option to charge for MIDI, via an in-app purchase. And it’s clear that that this is an appealing option for companies looking for ways to make developing iOS music software profitable.

This is short-term thinking.

Synthesists don’t want to have to think about whether a synth supports MIDI. This is reflected in Animoog’s dramatic ratings drop with this release. In the long run, making MIDI work consistently on the iPad music platform should be beneficial to Moog and to all companies making serious music apps.

Synthesist will be a lot happier, too, paying for in-app purchases, if they are for lust-worthy sound libraries or mind-blowing new synth capabilities.

Moog, please fix this. Your keyboards and other gear are not just highly respected among synthesists – your no-compromise approach has made them objects of desire.

Animoog can be and should be in this same class.

Update: We’ve posted an official response from Moog on these issues.