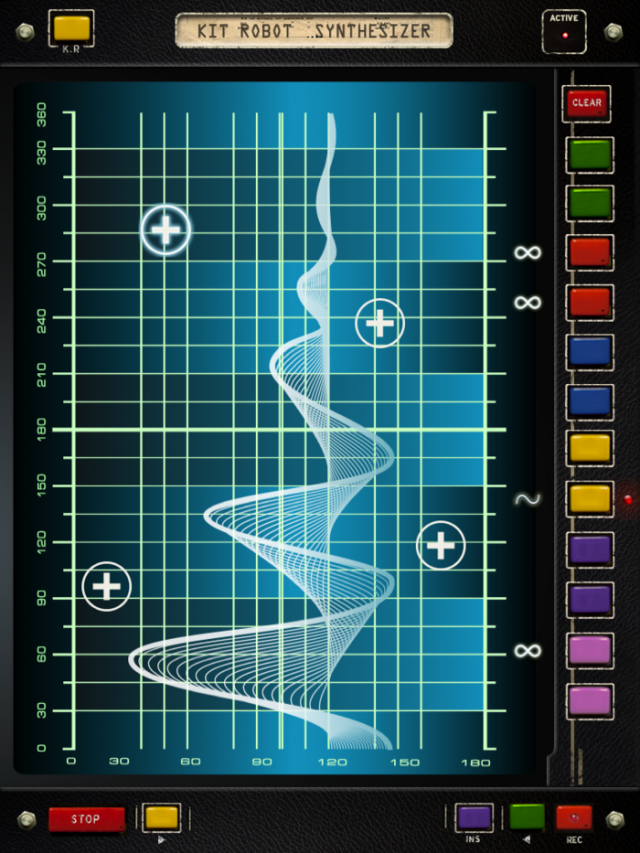 Developer Kit Robot & DEVO have announced a kickstarter project to create Devobots – a strange app that combines a software synthesizer with a virtual robot builder:

DevoBots is a digital robot assembly kit and it is also a music synthesizer. The user can create millions of robots out of the box using DevoBot assets to build their very own DEVO, mimicking the bands outfits and personas from the past 40 years. And Devobots is also a modular synthesizer where the user can play, mix and record their very own music and sounds by using and manipulating original, unreleased DEVO sounds and music from banks of sounds stored within the app.

Here’s what Kit Robot has to say about the Devobot Synthesizer:

The synthesizer uses original Devo sounds as its main feature. The sounds and music loops used in the app have been remastered from archived DEVO music and sounds that was originally created by DEVO and has been stored in the vaults since the 1980s, AND never heard before. We wanted to bring you a unique selection of sound only found in Devobots, so we spent a lot of time sorting through banks of music to create this. And it won’t stop there. Every month or two we will have a new bank of DevoBot sounds available for download at no costs.

Utilizing the buttons available in the Devobot interface, when pressed, the keys will play a loop either once or infinite. You use these in combination to create and record your own music. Other features include a sampler where you can sample your own loop and add it to the existing mix and also Pitch Shift, reverse and volume controls where you can manipulate the sound in real time..

With the synthesizer you can mix up to 12 separate audio parts together while using real time effects to create unique music tracks. You can use the mix as a recording, or play the device in a live session. Using the trackpad you can manipulate the sound by using your fingers to move each sound cross hair around the pad. Each sound can be manipulated in real time, either one by one or up to 5 sounds at a time – or 10 if you have small enough hands. The synthesizer is a powerful tool and can be used as part of any musicians arsenal.

Details are available at the Kickstarter site.

7 thoughts on “Devobots Combines Virtual Robots With A Devo Synthesizer”