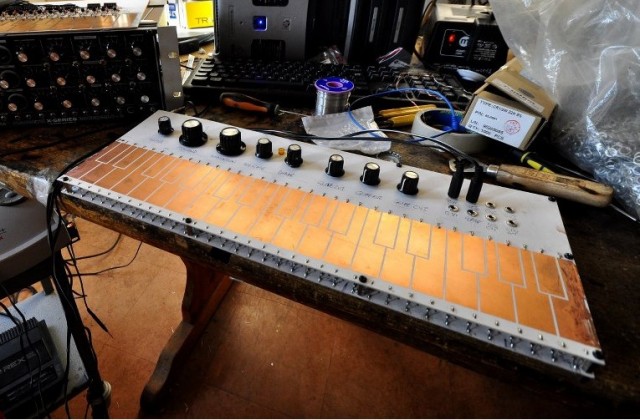 Ken MacBeth of MacBeth Studio Systems has released this image and video demo of his prototypes for touch capacitance keyboard controllers.

Here’s what MacBeth has to say about the video demo:

Here’s a video featuring my new 3 Octave Touch Capacitant Analogue Keyboard Controller! It’s been a long time in development…but finally- no wires, being earthed to ground- nothing!

I’m actually playing two prototypes here- a 1 octave test unit and the 3 Octave one. The left side 1 Octave is playing that ‘vaporware’ thing I’ve been working on- and the other is playing the new Macbeth micromac-r unit! A korg sequencer is driving osc3 and the filter on the micromac!

The touch capacitance keyboard controllers are under development, so pricing and availability are TBA.