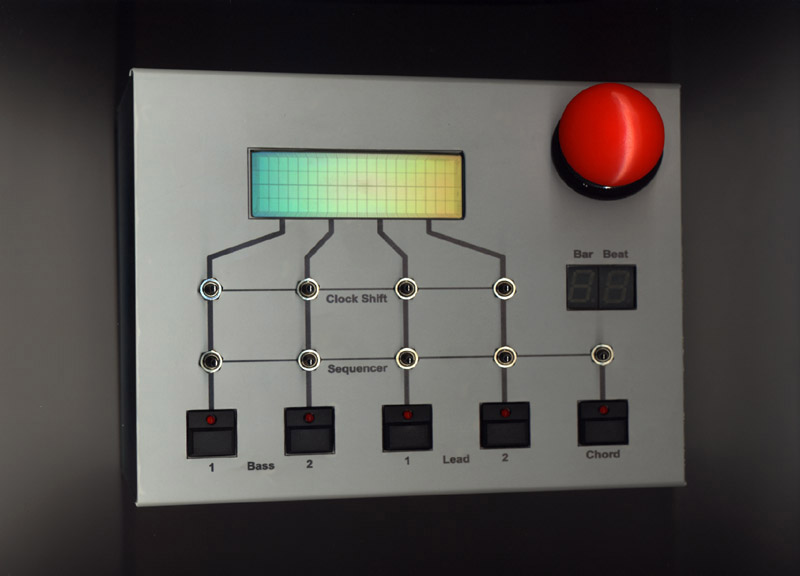 The basic concept behind it is that most “classic” dance music is so formulaic it should be easy for a computer to generate. Generating all patterns and sequences from a small set of rules the unit is able to deliver new and original tracks in realtime.

The original implementation ran autonomously but the tracks lacked the (often criticized as predictable) build up/down structure so critical in forming a flow. Rather than trying to implement such a complex concept in such a simple and elegant piece of code I decided this task should be performed by a human.

Here’s what it sounds like using a trance sound set:

As the picture shows, the controls are minimal. The big red button arms all channels to generate new patterns at the end of the 8 bars, effectively creating a new track. For each of the 5 channels, there are 3 controls:

This is not a commercial product at this time, but goes into the ‘Unobtanium’ category.

What do you think of the idea of generative sequencers? Do you see this as a crutch for creating more formulaic dance music or as a useful live performance and compositional tool?

21 thoughts on “Can A Sequencer Replace Formulaic Dance Music Artists?”