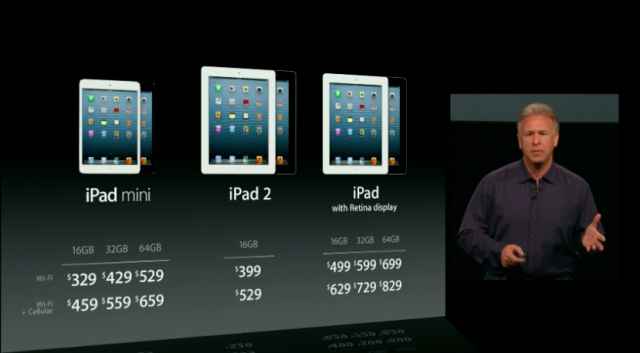 Today Apple made a variety of introductions at an event at the California Theater in San Jose, Calif.

As part of those introductions, Apple introduced the 4th generation of the iPad and introduced a new iPad Mini.

Here are the key points:

As a device for musicians, the most notable aspects of today’s introductions are that:

What do you think of today’s iPad introductions? Do you think the performance gains or new ‘Mini’ form factor matter for musicians?

My interest in making music has been to create something that does not exist that I would like to listen to, not because I wanted a job as a musician. I wanted to hear music that had not yet happened, by putting together things that suggested a new thing which did not yet exist. It’s like having a ready-made formula if you are able to read it.