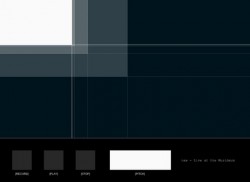 Developer Bret Truchan has introduced iterator – a sample based musical instrument with a simple interface.

You can start with any of the built-in 75+ samples from over 25 artists, including Richard Devine, Parallel Worlds, Toppobrillo, Atomic Shadow, and more. You can also load your own .mp3s via iTunes.

Here’s a demo of Iterator in action: