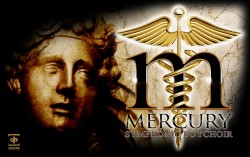 Soundiron has introduced Mercury Symphonic Boychoir, described as ‘the single most comprehensive, playable and powerfully sampled children’s choir ever released.’

There is a special sound to a traditional English boy’s choral ensemble — solemn lows, angelic highs and an overwhelming innocence that harkens back to the days of youth and purity. With Mercury, we managed to capture this unique quality as we painstakingly sampled a full boy’s choral ensemble (ages 8-13) in the same large hall in which we recorded our Olympus choirs.

Here’s a preview of Mercury Symphonic Boychoir in action:

Mercury Symphonic Boychoir is scheduled to be released January 15, 2013. It is available for pre-order now for the introductory price of $349. The price returns to $399 after release. See the Soundiron site for details.