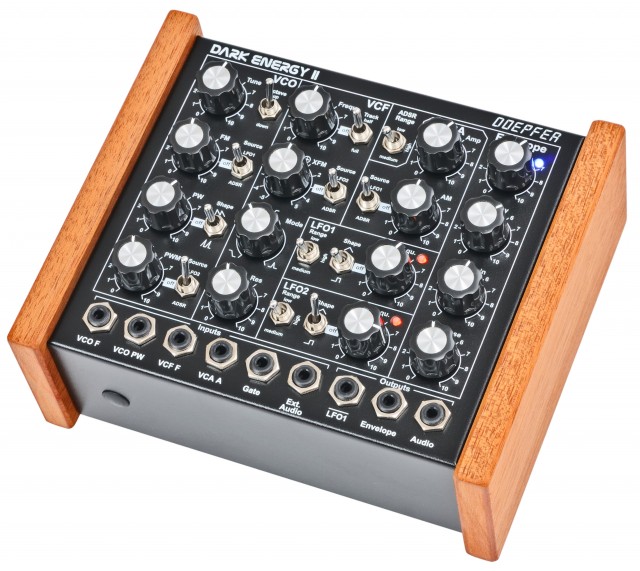 Doepfer has announced that the Dark Energy 2 – an update to its popular analog monosynth – is now available.

The Dark Energy II is a monophonic stand-alone synthesizer with USB and Midi interface. The sound generation and all modulation sources are 100% analog, only the USB/Midi interface contains digital components. Dark Energy is built into a rugged black metal case with wooden side plates. High quality potentiometers with metal shafts are used and each potentiometer – except the filter mode control – is fixed to the case (no wobbly shafts and knobs).

Here’s a user demo, via creativegallerysynth, of the Dark Energy 2 in action:

Doepfer introduced the Dark Energy 2 at Musikmesse earlier this year. The original Dark Energy synth had to be discontinued because it relied on a rare component (CEM3394). According to CEO Dieter Doepfer, “The new Dark Energy II looks like the Dark Energy at first glance, but the basic sound of the Dark Energy II is clearly different because of the new circuits for the VCO, VCF, and VCA.”

So, while the name and format of the two dark energy synths are similar, they’re effectively different synths with different sounds.