At the 2013 NAMM Show, the MIDI Manufacturers Association is celebrating the 30th anniversary of MIDI by showcasing MIDI devices from the last 30 years.

in this video, Danielle of the MIDI Manufacturer’s Associates demonstrates how devices separated by 30 years of technological development can communicate because of their common support of MIDI.

The Commodore 64 is running the rare Sequential Circuits Music Sequencer, which is a hardware-based add-on that also adds MIDI IN & Out. The iPad is running Animoog, and connects to the C64 via an iRig MIDI interface. 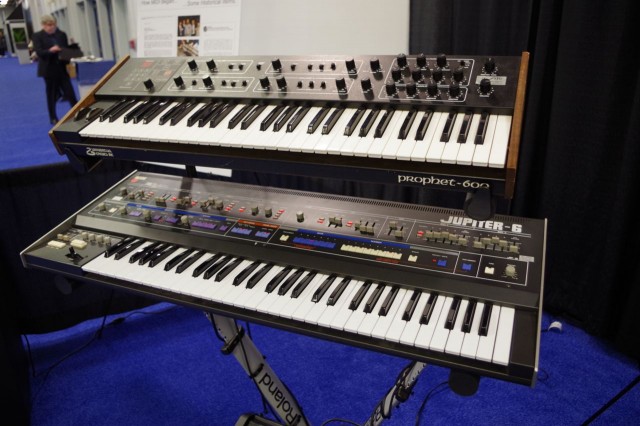 The organization also showcased the first two instruments that ‘talked’ via MIDI back in 1983, the Sequential Circuits Prophet 600 and the Roland Jupiter-6.