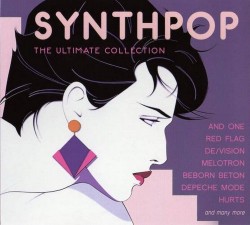 As long as there have been synthesizers, there have been composers creating pop synth music. Many of the earliest synth albums were ‘switched on’ or ‘mooged out’ versions of pop tracks, and tracks like Gershon Kingsley’s Popcorn and Kraftwerk’s Autobahn were the first synth music that many people ever heard.

But it took another decade for synth pop to take off as a genre, lead by artists like Gary Numan, Yellow Magic Orchestra, Ultravox & Depeche Mode. And it’s never really gone away since.

What do you think the best synthpop ever is? Is there a synthpop song that was that influenced you, made you want to dance or that you think has become a true classic?

134 thoughts on “Open Mic: What’s The Best Synthpop Track Ever?”