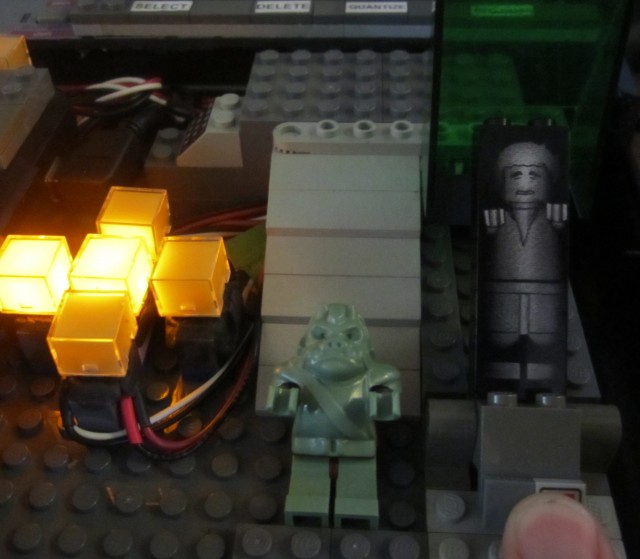 The prototype for the new Ableton Push was created with LEGOs, reveals Ableton project manager Jesse Terry in a new interview.

“I used Lego and sugru (a silicon putty),” notes Terry. “We attached Lego pieces to MIDI buttons with LEDs, connected to a Livid Brain. So, there were many burnt fingers and burnt Star Wars pieces along the way.”

“My wife would always hear me digging away in the Lego bin and she’d wonder if I was actually working up here,” adds Terry. “The Lego prototype made it very easy to test out ergonomic setups as we could move the buttons around. We tried all kinds of different layouts and, we were able to user test the entire thing and learn to play it before we had a hardware version to play with. I’ve been playing this Push Lego layout on plywood for 2 years now.”

Anyone else interested in seeing a jam on the LEGO prototype?

11 thoughts on “The Ableton Push Prototype Was Made Of LEGOs”