BeepStreet has released an update to Sunrizer – its deep iPad software synthesizer.

The update adds a new filter, new presets, a new UI and support for microtuning. Sunrizer 3.0 even has its own gratuitously sexy 3D graphic for a software synth (above)!

Sunrizer was already one of the more powerful synths on iOS and the update opens up some interesting new capabilities. Here are the details: 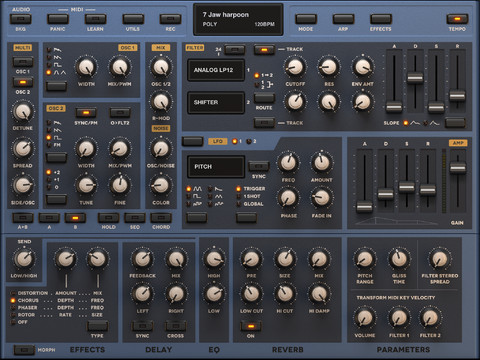 If you’ve used Sunrizer, let us know what you think of it!