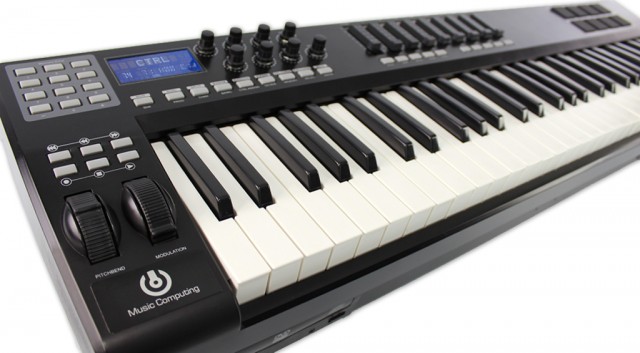 Music Computing has released the ControlBLADE ES, described as ‘a professional music production workstation on a hobbyist budget’.

According to Music Computing’s CEO Victor Wong, the ControlBLADE ES is “far more powerful than any other traditional keyboard workstation and can do much more for half the price.”

The ControlBLADE ES is a 61-key model and comes standard with 4GB of RAM, which is upgradeable to 8GB, a 500GB 7200 rpms hard drive with upgrade options of 1TB, 2TB and 3TB, a DVD Burner, an external USB mini audio interface with 2ins and 2outs with various upgrade options, and bundled software including Windows 7 (64-bit) Home Premium OS, SonicSource Producer (8GB of VSTi sound presets), Audacity audio editor and recorder, and Tracktion audio production software.

The ControlBLADE ES is available for $999 via the Music Computing site.

25 thoughts on “ControlBLADE ES Workstation Offers “Much More, For Half The Price””