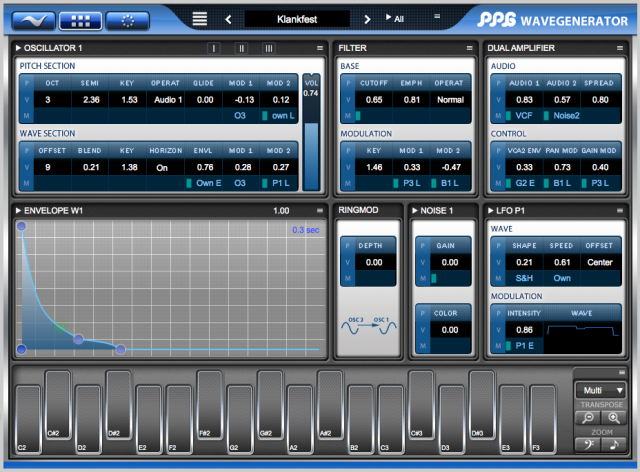 Synth pioneer Wolfgang Palm has announced that PPG Wavegenerator, the desktop version of his popular software synth for iOS, is now available.

“Now the same great synth takes advantage of the additional power found on desktop and laptop computers to allow users to use this as a in their favorite Mac and PC DAW as a 64 or 32 bit VSTi,” notes Palm. “AU is to planned to follow shortly.”

Here is a video intro from Wolfgang Palm:

Here’s a preview of the sound engine:

If you’ve used PPG Wavegenerator for Mac or PC, let us know what you think of it!