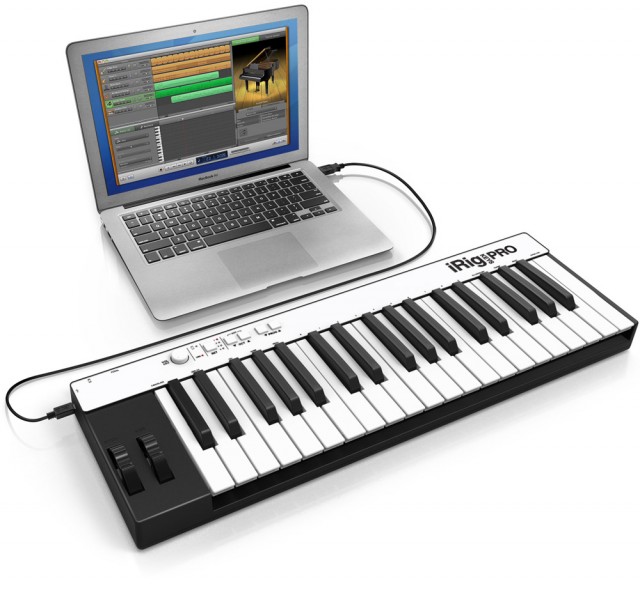 Both devices are compact MIDI keyboard controllers with 37 velocity-sensitive keys.

iRig KEYS PRO also has powerful programming features that are useful during live performance and in the studio. You can program iRig Keys Pro with different set-ups and store them in one of the 4 ‘Set’ banks. In Edit mode, you can set the MIDI transmit channel, velocity (touch) response, assign Control Change numbers to the Volume/Data knob, send custom Program Change messages, transpose the keyboard in semi-tones and more. 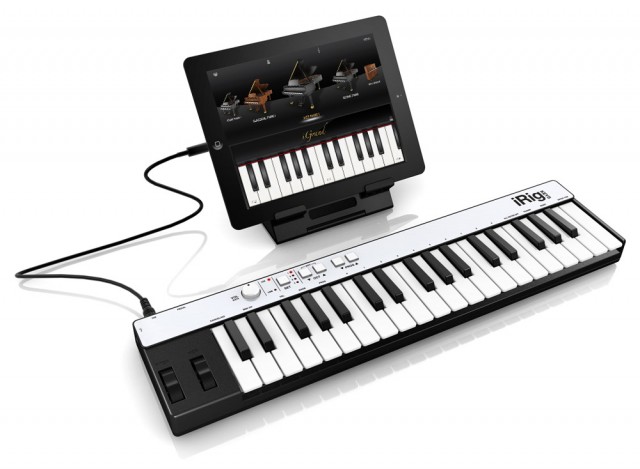 The iRig KEYS with Lightning connector, above, is IK’s new version of the iRig Keys portable mini keyboard. It now comes with a Lightning-connector cable for connecting iRig Keys to  the new iPad, iPad mini and iPhone 5 series. It shares the same features of iRig Keys Pro, but with a more compact build, so it takes up minimal space on your desktop.