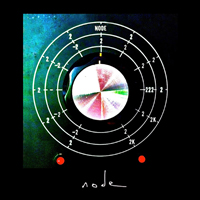 Synth supergroup Node has a new album on the way – their first new release since 1995.

The group features four music industry veterans that have taken time out from their ‘day jobs’ to indulge their passion for everything analog:

Node 2 is the culmination of two recording sessions that took place over the last year and a half at Battery Studios in London. Here’s a photo of one of the rigs used: 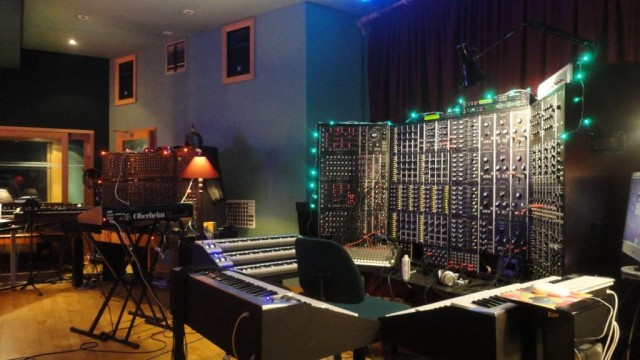 Here’s a preview of the album:

Featuring what is quite possibly the largest collection of vintage analogue equipment that has been assembled in a studio in recent times, this quartet drag their favoured analogue tools, crackling and bleeping into the 21st century. Staying true to their roots the band improvised everything live and recorded straight to two track. The final result is edited down from the mass of material that was recorded but is otherwise presented as it was played, without the computer tidying up or overdubbing that has become part & parcel of most contemporary recordings.

The resulting nine tracks range from the classic Berlin sequencing of Shinkansen East and West to the moody introspection of Dark Beneath The Earth. Along the way we are served up such unclassifiable treats as March Méchanique, which mixes martial rhythms with Arabic flavours and subtle sequencing, or the extraordinary No Signal which pushes sonic boundaries, mixing custom written physical modelling software with analogue microtones.

Node 2 is set for release Feb 18. See the DiN site for details.