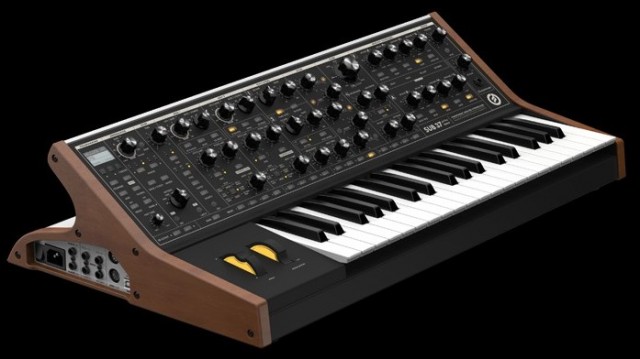 The Sub 37 panel features 40 knobs, 74 switches, and has a dedicated LCD display – placing each critical sound creation element and live performance tool at your command.

A fully featured mixer section contains dedicated controls and mutes for each sound source, as well as a level control for External audio input and Feedback – which feeds the output of the filter directly back to the input of the mixer.

Also included are the powerful DAHDSR envelopes from the Sub Phatty with panel control of each extended function. And like the Sub Phatty, the Sub 37 Tribute includes a free standalone/plugin editor that is compatible with all major plugin formats – creating seamless integration between analog synth and DAW for total control, recall, and automation of every parameter.

The Moog Sub 37 Tribute Edition is priced at $1,579. See the Moog Music site for more info.