Sample Pack: Next, the company has also announced a free sample pack comprising over 800MB of loops, single hits, multi-sampled patches, and drum kits from its classic and “modern classic” synths. 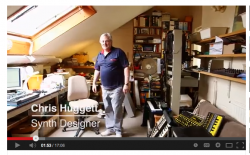 Finally, Novation are offering three people the chance to win their choice of Bass Station II, UltraNova, or MiniNova in a make-a-track competition. The contest is to be judged by an all-star panel including Paul Hartnoll (Orbital), Liam Howe (Lana Del Ray, Sneaker Pimps), Eats Everything, and Timo Maas.

The heritage movie, the free sample pack, and contest entry information are all available on the Novation website.