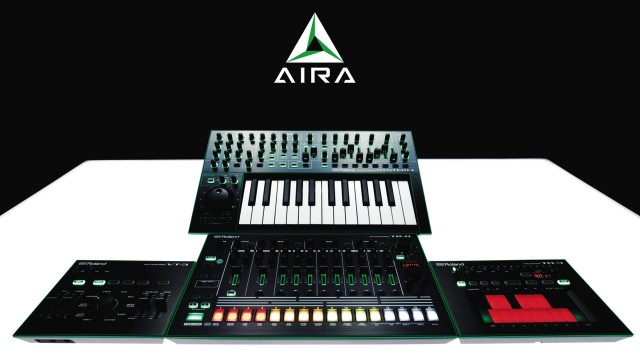 The AIRA series is based on Roland’s newly-developed Analog Circuit Behavior (ACB) which the company says faithfully captures the sound of some of Roland’s most revered classics. In developing the AIRA line, Roland modeled classic circuits, using original design specs, consultation with original product engineers, and a detailed part-by-part analysis of each analog circuit, using pristinely-archived Roland drum machines and synthesizers.

We got a sneak preview of the Roland AIRA line at the 2014 NAMM Show. The line is hands on, appears to be solidly built and is priced surprisingly competitively. These aren’t purist recreations, but they are not stripped-down knockoffs, either.

Instead, Roland has tried to combine the best features of some of their classic gear with modern functions that today’s technology makes possible. See our Roland AIRA overview for a hands-on.video demo of the new line.

Here’s an overview of the four new Roland AIRA instruments: 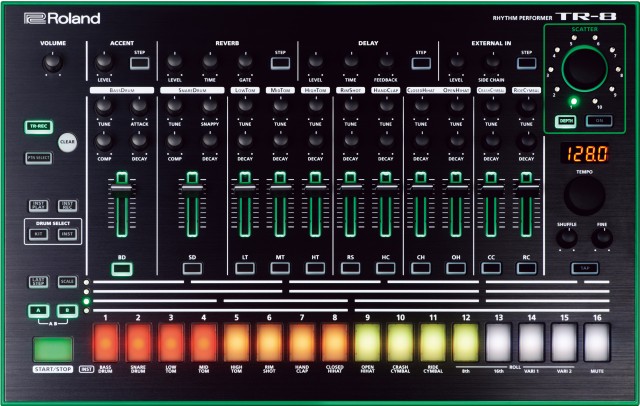 The TR-8 Rhythm Performer is a ‘performance rhythm machine’. It offers the sounds of Roland’s classic TR-808 and TR-909, 4 audio outputs and greater tweakability than the originals. 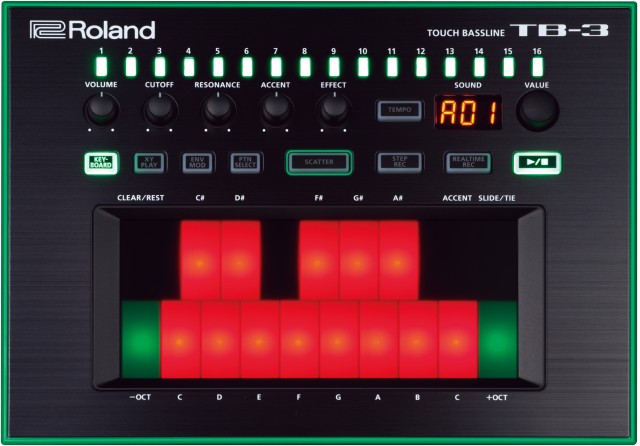 The TB-3 Touch Bassline is based on the classic Roland TB-303.

The new TB-3 Touch Bassline uses Roland’s ACB modeling to recreate the classic bassline sound and offers controls that will be familiar to users of the original. But the TB-3 also offers a large touch control surface that streamlines sequence programming and introduces new performance options. 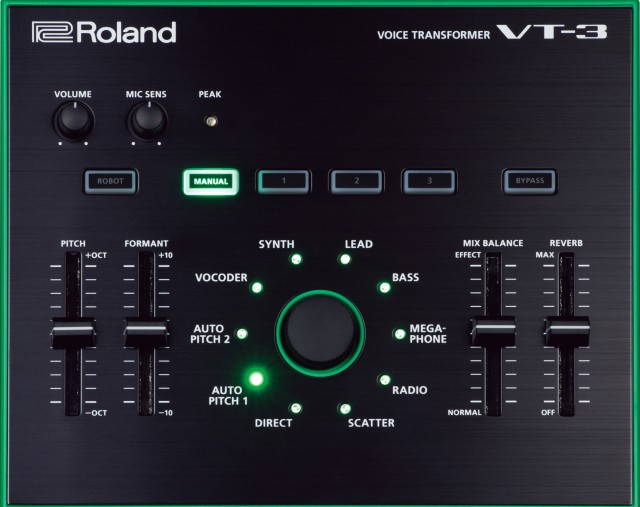 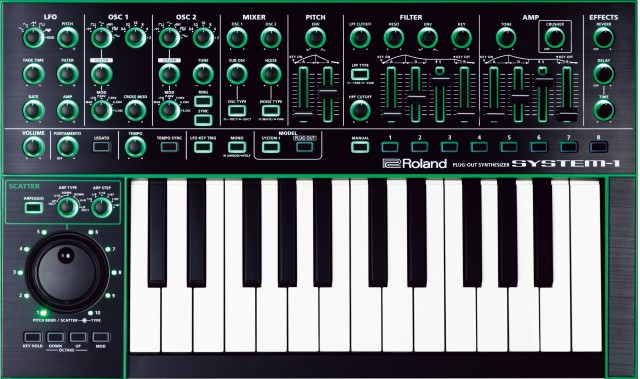 Finally, the System-1 Plug-Out Synthesizer is a new keyboard that can transform into a variety of types of synths.

It’s very hands-on and knobby, but the key feature is the synth’s Plug-Out technology, which lets the System-1 control – and even host – software recreations of classic Roland synths, with no computer connected.

Roland AIRA products will be shipping by the end of second quarter 2014. For more details, visit the RolandUS website.