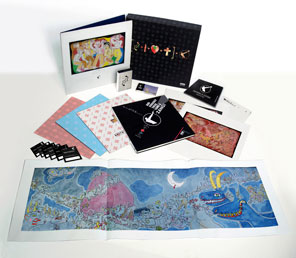 Producer Trevor Horn has announced Inside The Pleasure Dome – an “ultra-deluxe” box set celebrating the 30th anniversary of Welcome To The Pleasuredome by Frankie Goes To Hollywood.

The deluxe release is being produced as a Pledgemusic crowdfunded project.

“We want to take you Inside The Pleasuredome to explore Frankie Goes To Hollywood and Trevor Horn’s greatest work,” explains compiler Ian Peel. “So we’ve dreamed up the most ultra-deluxe box set possible. Can we make this dream a reality? Pledge via the website – and we can, and you can get this strictly limited edition visual, tactile and audio release in your hands.”

Inside The Pleasuredome will come in a 12”-sized, 2.5”-deep box, containing ten bespoke elements, including:

All the music from the bespoke vinyl and cassette elements will also come with a download code.

Inside The Pleasure Dome is available via the Pledgemusic site for £122.