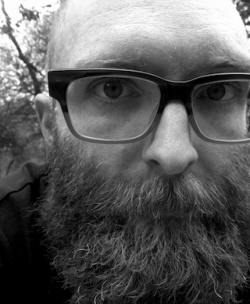 If you’ve ever wondered why grid controllers have become one of the most popular tools for making electronic music, you’ll want to listen to the latest episode of the Art + Music + Technology podcast.

Host Darwin Grosse talks with monome’s Brian Crabtree about the past, present and future of monome.org, the grid controller and more.

Here’s what host Grosse has to say about the interview:

“I’ve told the story before – I first met Brian Crabtree when he was working in LA, and he showed me a button/light combo that was a “” for me. Little did I suspect that the concept would end up being at the heart of the music industry of the future, and that I would be the proud owner of several devices that use exactly that technology. 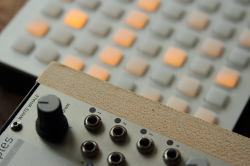 In this chat, Brian and I talk about the past, present and future of monome.org, including the continued development of the grid and the new modular devices they are creating. We also talk about his recent music releases, his design philosophy and how he feels about the state of grids in music technology. A very involved conversation that was also quite revealing.

The bumper music for this episode was actually composed (in about five minutes) using a Monome 128, a White Whale module, my portable modular and an Eventide Space. Not exactly a Super Demo, but it does tell you that this combo (Monome/White Whale) has already wedged its way into my rig…”

One thought on “Brian Crabtree (monome) On The Past, Present & Future Of Grid Controllers”