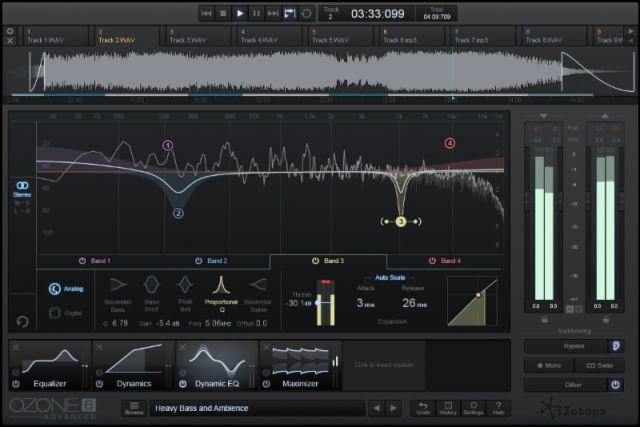 iZotope, Inc. has launched the latest version of its mastering software, Ozone.

According to the company, ‘Ozone 6 features the largest user-interface overhaul in iZotope history’. The update emphasizes usability and making it easy for users to experiment, so the mastering process can be used creatively.

Other features of the new version include:

Here’s a video into to Ozone 6:

There are multiple versions of Ozone 6, see the iZotope site for details.

Grace Period Purchases: Customers who purchased Ozone 5 after September 1, 2014, will receive a free upgrade to Ozone 6 upon release.

Customers who purchased Ozone 5 Advanced after September 1, 2014, will receive a free upgrade to Ozone 6 Advanced upon release.