Behringer recently started testing the water to gauge interest in a new line of synths.

So we asked Synthtopia readers what they’d want to see in a Behringer synthesizer, and over 2,500 people weighed in.

Now, Peter Grandl of German language synth site Amazona.de shared an interview with Behringer founder Uli Behringer, and it sounds like the company is planning an entire line of vintage-inspired analog polyphonic synths. 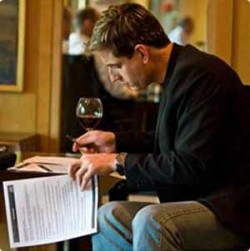 “The religious wars regarding analog, digital, and “virtual analog” technologies are known, but, for anyone who hears these synthesizers in direct comparison, the difference in sound is immediately recognizable,” comments Behringer, right. “For me personally, the attraction is in the analog world of sound.”

“We have not been idle in recent years. We have invested a lot of time in the analysis legendary synthesizers from Roland, Korg, Moog, Sequential Circuits, ARP and PPG etc. The Curtis and SSM semiconductors are today no longer available. We have, therefore, invested a lot of time, to replicate these with modern and high quality VCA and OTAs,” adds Behringer. “And now we have finally succeeded. These circuits will now form the basis of our synthesizer.”

“My personal passion is to bring the original and analog synthesizer back to life, but to provide them with modern digital control. We will also focus first on polyphonic sound generation.”

Behringer plans to have the MIDAS team in Manchester, England, led by John Price, design the new synth line. Behringer notes that “Price is among the best analog designers in the world and has over 40 years experience.”

Behringer is early in the development process for their new synth line and expects it to be at least a year before they have their first prototypes completed.

Note: The original interview is in German, and Uli Behringer’s comments appear here in translated form. The full interview is available in full at Amazone.de.

What do you think of Behringer’s plans for a full line of vintage-inspired polyphonic analog synths? Leave a comment with your thoughts!