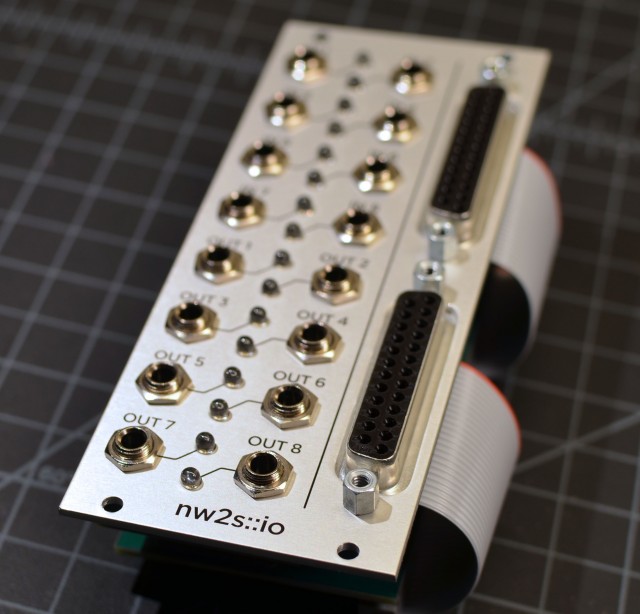 The ns2s:io module is designed to let you integrate a Eurorack synthesizer into your studio in a variety of ways.

Here’s what Wilson has to say about it:

For far too long, your modular has lived in its own world. Crazy signal levels, Unbalanced connections, Odd cables, Disconnected sleeves? Or is that ring? Or should it be grounded? The nw2s::io lets your modular integrate with your studio just as if it were another well-behaved piece of rack gear.

The nw2s::io is available in either an electronically balanced or a passively unbalanced version. Both provide 16 channels and signal indicators in only 10HP. The inputs are standard tip-sleeve 3.5mm modular connectors and the outputs are standard Tascam analog format DB-25 connectors.

For a limited time, if you pre-order the balanced version, you will receive the unbalanced version now and we will ship the upgrade kit when it becomes available.

The nw2s::io is available in several forms, DIY and assembled, starting at US $145. See the nw2s site for details.