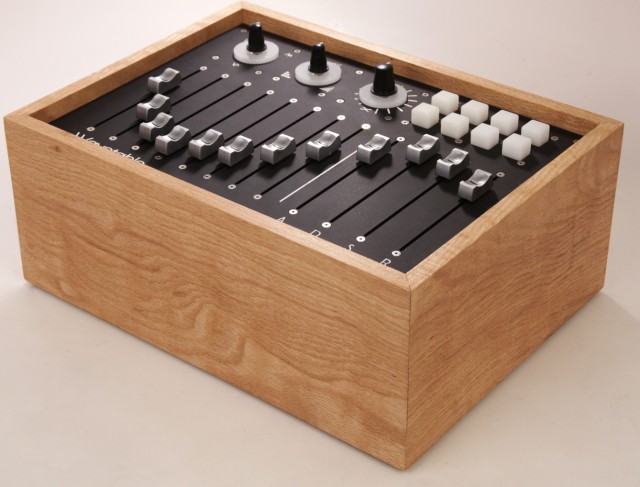 Reader Seth Kranzler is a student in an experimental New Media graduate program at NYU. He let us know about his Wavetable Synthesizer, above, a synth that explores what he calls ‘creative synthesis’.

Here’s what he has to say about the Wavetable Synthesizer:

The Wavetable Synthesizer utilizes what I have dubbed “creative synthesis”.

Instead of indirectly affecting waveform shape with envelopes, LFO’s, and oscillators, the Wavetable Synthesizer allows the user to directly control the waveform shape using 12 sliders and two knobs

Eight of the sliders control the overall shape of the wave (acting much like “attractors” on a line), while two knobs control how the points are interpolated (smooth, triangular, or square) and at what resolution (from fine to coarse). 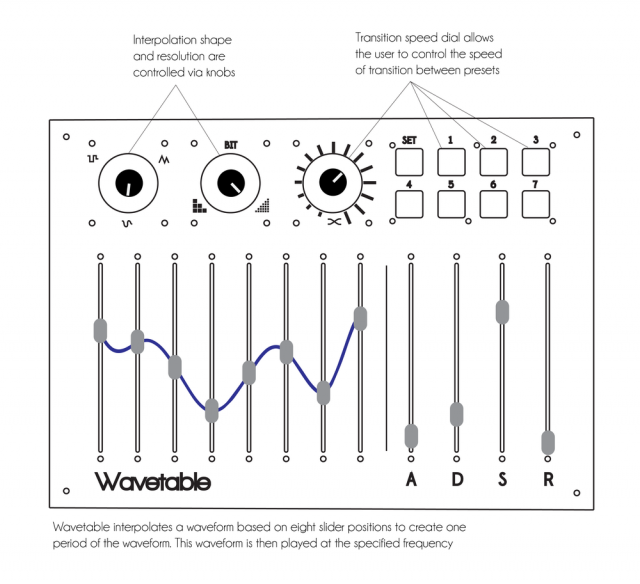 The four sliders labelled “A”, “D”, “S”, and “R” are used for attack, decay, sustain, and release respectively. Users can access saved waveforms with a bank of buttons, and when selected, can watch the controller transform automatically to these settings. The rightmost knob allows for control of the transition speed between presets. 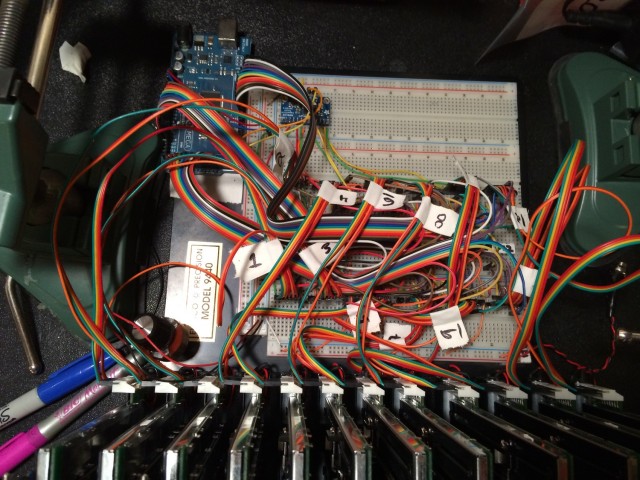 Under the hood, the brains of the controller is an Arduino Mega 2560. Details on the construction are available at Kranzler’s site.

Check it out and let us know what you think of the idea of using motorized faders on hardware synths – and Kranzler’s approach to tactile waveshape control.