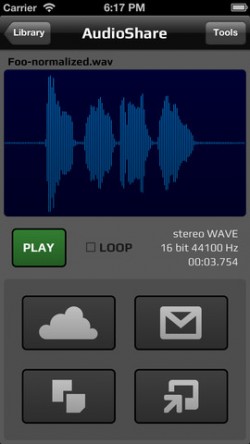 AudioShare for iOS has been updated to Version 2.7.

AudioShare is available for US $4.99 in the App Store.

One thought on “AudioShare Updated With WiFi Drive, Improved Editing”