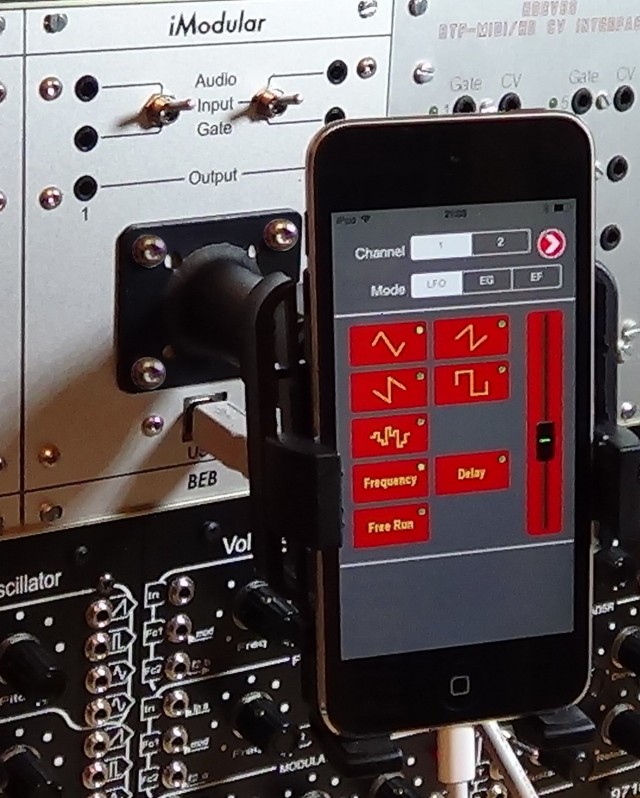 iModularSynth has introduced iModular – a hardware/software combination designed to let you use an iPhone or iPad in a Eurorack modular synthesizer. The iOS device can be used as a sound generator, effects processor or anything else that software allows.

The system is made up of two components: the iModular application and the iModular interface Eurorack module. 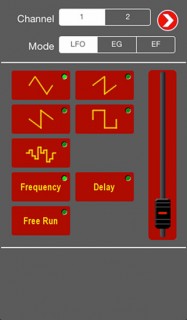 When used with the dedicated iModular hardware Eurorack module, each input channel can be used either as an audio or as a gate, depending on the selected mode in the application.

Each function can be controlled by gate signal, by MIDI or by RTP-MIDI. It is fully programmable (64 user programs are stored within the application).

The iModular application can also be used with Expert Sleepers hardware (The developer notes that some limitations apply when used with ES hardware. Check the iModular user’s manual for details). 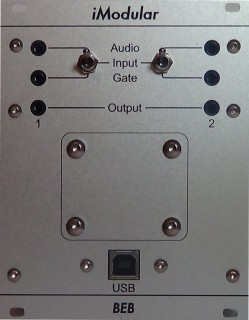 The iModular interface, right, is a Eurorack module designed to integrate iOS devices (iPad, iPod and iPhone) into a modular synthesizer environment.

The iModular interface’s DC coupled outputs are able to provide both control voltages and audio signals. The inputs can be used to feed stereo line level signals in the iOS device and can also be used as gates.

The iModular interface is compatible with all CoreAudio applications running on iOS devices.

An optional holder clip for iPhone/iPod can be installed on the iModular interface, as shown in the photo above. It allows you to have your iPhone/iPod near the interface, while maintaining an easy access to connectors.