Today Sonic Faction has come out with a massive new offering for Live users – the Archetype Ableton Bundle, a collection of 8 custom-designed instruments for Ableton Live 9 Suite.

Archetype also includes 2 Max for Live step sequencers, Synth and Drum, to use with Push, APC40 and Launchpad, to take hands-on control of your sound.

Sonic Faction has also released new demo videos for many of the instruments in Archetype: 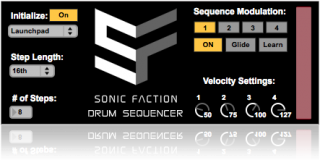 The Archetype Ableton Bundle is available now for $199 at Sonic Faction. The various instruments in the Archetype bundle are also available individually. See their site for details.