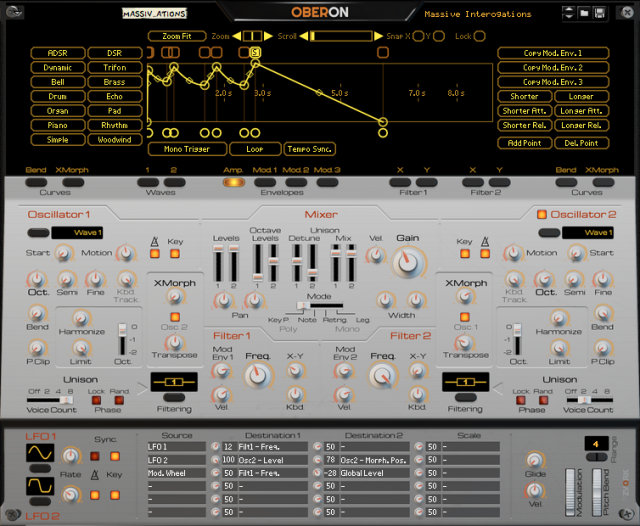 The Oberon synthesizer has two oscillator sections and two filters. Each oscillator can be fed to one of the two filters or to both, in serial or parallel mode. These filters enable you to alter the timbre of your sound but are not the only mean to do so. Each oscillator can generate a number of different waves, from simple sawtooth and square to more complex metallic or robotic sounds. Each of these waves is in reality a wave sequence that can be played at different speeds.

Oberon is available now from the Propellerhead site for US $99.