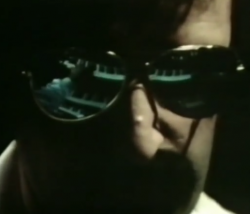 Here’s what Kebu has to say about his arrangement:

This cover version is a mixture of the both the original version and JAIA’s Express Remix – with a few of my own additions thrown in.

The song was performed using only analog synthesizers, either played live or sequenced. The performance was recorded directly from the mixer to a stereo track and later mixed together with the ambience from the room. A few mistakes have been cut out and replaced with the audio from a rehearsal take.

26 thoughts on “Giorgio Moroder – The Chase (Live Performance By Kebu)”