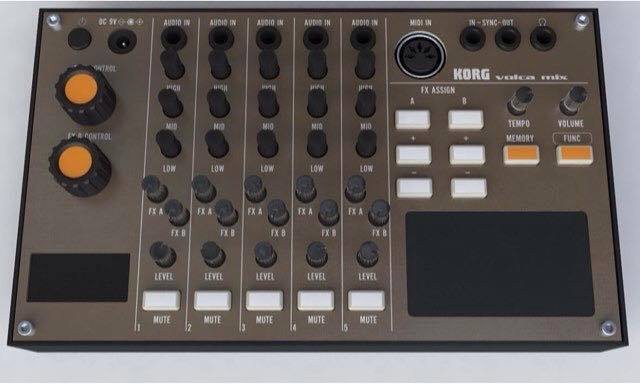 It looks like there may be a new member in the Korg Volca family coming.

An image of the Korg Volca Mix – what appears to be a mini-mixer, designed for 1/8″ out devices – has appeared on Create Digital Music and Facebook.

No official announcement has been made for the Korg Volca Mix, so it’s not clear yet if this is a leak or Photoshop/3D-modeled wishful thinking.

We’ll have news on the Korg Volca Mix if/when it is officially announced. We have reached out to Korg for comment.

In the meantime, though, check it out and let us know what you think. Is there a need for an inexpensive mobile mixer, designed for mini devices with 1/8″ outputs?